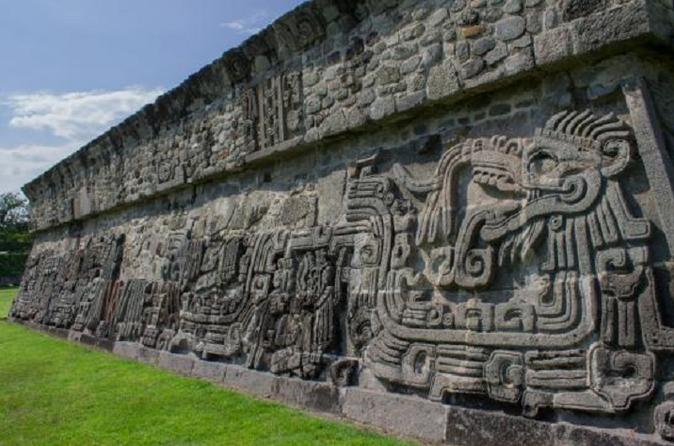 Leave Acapulco and experience the impressive countryside of Mexico as you travel to Xochicalco archaeological site and hacienda Vista Hermosa.

Xochicalco (Nahuatl pronunciation: [ʃot͡ʃiˈkaɬko]) is a pre-Columbian archaeological site in Miacatlán Municipality in the western part of the Mexican state of Morelos. The name Xochicalco may be translated from Nahuatl as "in the house of Flowers".  Access to the observatory is only allowed after noon. The apogee of Xochicalco came after the fall of Teotihuacan and it has been speculated that Xochicalco may have played a part in the fall of the Teotihuacan empire.

The architecture and iconography of Xochicalco show affinities with Teotihuacan, the Maya area, and the Matlatzinca culture of the Toluca Valley. Today the residents of the nearby village of Cuentepec speak Nahuatl.

The main ceremonial center is atop an artificially leveled hill, with remains of residential structures, mostly unexcavated, on long terraces covering the slopes. The site was first occupied by 200 BC, but did not develop into an urban center until the Epiclassic period (AD 700 – 900). Nearly all the standing architecture at the site was built at this time. At its peak, the city may have had a population of up to 20,000 people.

Leave Acapulco and experience the impressive countryside of Mexico as you travel to Xochicalco archaeological site and hacienda Vista Hermosa.